The Problem: It is well documented that there are many common misconceptions in STEM areas and, particular, in physics. These misconceptions are easily revealed when students are challenged by thought experiments, for example, when they observe a moving object and have to infer which forces have caused this effect. Research on learning suggests that these misconceptions remain robust against instructional interventions. Part of the problem is that instructional interventions have largely focused primarily on cognitive mechanisms to address such misconceptions. What remains relatively unexplored is the used of embodied mechanisms, especially in the light of relatively weak effects of cognitive-based interventions. By contrast, there is a large body of neuroscientific literature showing that humans interact with objects in the real world by activating “internal models” which are built due to experience and represent the physical principles of the surrounding environment. Therefore, humans are amazingly adept in applying the exactly right forces to produce an intended motion and they also intuitively understand which forces were applied when they observe how another person interacts with the world. By linking cognitive to embodied mechanisms, we propose to explore a new route towards acquiring in-depth understanding of physics and address one of the stickier problems in human learning.

Research Goals / Questions: In this interdisciplinary project we will integrate knowledge from the learning sciences and neurosciences to investigate (i) whether the intuitive understanding of physics mediated by motor actions can be used to gain a better understanding of the formal principles of mechanics and (ii) which neural mechanisms underpin this process.

Implementation Strategy: We will address this question in three steps: first, we will design a virtual environment which allows users to produce forces which are sensed and translated to interact with this environment such that the mechanical consequences can be explored. We aim for a low-cost solution which can be easily scaled up to teach large groups of high school or university students. For example, in its most simple version, such a virtual environment can be realized by force a sensor coupled to a screen as provided by many modern smartphones. Using this setup, users can actively explore mechanic principles by solving specific tasks which address common misconceptions in STEM areas. Second, employing a randomized trial design, we will test whether active motor exploration is beneficial for the cognitive conceptualization of mechanical principles which will be tested using a transfer paradigm, i.e. solving new problems by applying the same principle. Finally, we will study the neurobiological underpinnings and neurocomputational processes which allow experience-driven/embodied knowledge and cognitive/conceptual knowledge to interact at the brain level. The guiding hypothesis is that once conceptual knowledge has been linked to motor experience-driven knowledge, solving theoretical tasks cause co-activation within classical sensorimotor area even if no movements are produced or consciously planned. Our previous research has shown that covert activity within sensorimotor cortex can be accurately quantified via neurophysiological readouts such as measuring corticomotor excitability of primary motor cortex with transcranial magnetic stimulation (TMS) and by acquiring brain-wide activity with functional magnetic resonance imaging (fMRI). We will use these methods in combination with paradigms which require, e.g., the prediction of mechanical forces and their consequences within the virtual environment while participants will experience occasional “prediction errors”. Prediction errors cause strong brain signals and provide a window into the underlying computational processes, revealing insights which will significantly advance current understanding of the neurobiological basis of learning and reasoning which is a hot topic within cognitive neuroscience.

Findings from this research will have direct implications for the design of instructional interventions for dealing with misconceptions. Given Physics is foundational to STEM disciplines, the potential impact of the project at ETH is huge. The project will also synergise with another proposed project on Embodied Learning (4.6) which explores the use of embodied mechanisms for learning quantum chemistry. Intersections with the professorship on learning on technology (3.1) will further ensure the development of applications that directly translate into practice in the longer run. 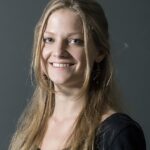 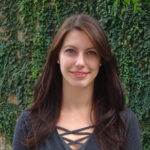 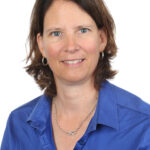 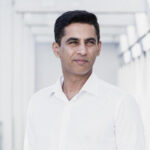